Imagination insinuates the excess, a passing over into silence amidst the noise of the already traversed.

In the sacred writings of Guru Granth Sahib, Guru Nanak (the first guru of Sikhs) utters the Mool-mantra that occupies a central role, somehow depicting the entirety of Sikhism’s universally complex theology. And it is often claimed that for common benefit of all, these experiences (utterances) are articulated without interpretation or distortion. They are yathapurvam akalpyat – expressed as they are seen. According to Vinoba Bhave, the conception of God in Guru Nanak is based on the concept of Brahman and Aum in Vedanta. Brahman ‘is that from which the world originates’. It is the material, efficient and formal cause of the world. It is responsible for ‘the origin, sustenance and cessation of the world (Taittriya Upanishad).

God is Ananda, i.e. joy or bliss. “From (God’s) joy does spring all this Creation, by joy is it maintained, towards joy does it progress, and into joy does it enter.” (Sadhana by Rabindranath Tagore, 45) 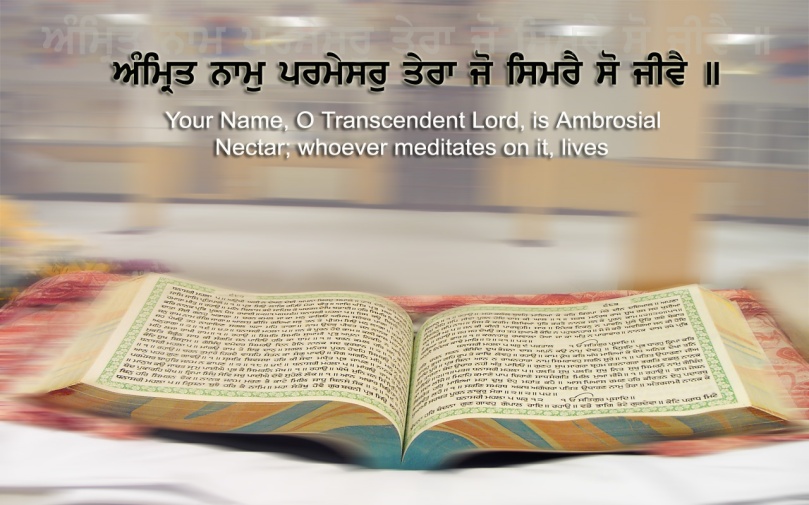 This reminds me so much of the Christian theological “Doctrine of Accommodation“. Theologians stress on a form of truth (for eg, angels: good ones or the fallen ones, or, even what they somehow linguistically represented) that was neither allegorical nor metaphorical; that in a sense they really did look like how they appeared, but that also they should not be understood in an entirely literal way. This was known as the doctrine of accommodation and has occupied a central place in theology.

Are these Mool-mantras taken at their literal values? Somewhere phenomenology seems to be at work. This comparative-ness is not then really far-fetched. For instance, take Calvin‘s Commentary on Genesis. I quote in full,

If any one should inquire whether this vacuity did not previously exist, I answer, however true it may be that all parts of the earth were not overflowed by the waters; yet now, for the first time, a separation was ordained, whereas a confused admixture had previously existed. Moses describes the special use of this expanse, to divide the waters from the waters from which word arises a great difficulty. For it appears opposed to common sense, and quite incredible, that there should be waters above the heaven. Hence some resort to allegory, and philosophize concerning angels; but quite beside the purpose. For, to my mind, this is a certain principle, that nothing is here treated of but the visible form of the world. He who would learn astronomy, and other recondite arts, let him go elsewhere. Here the Spirit of God would teach all men without exception; and therefore what Gregory declares falsely and in vain respecting statues and pictures is truly applicable to the history of the creation, namely, that it is the book of the unlearned. The things, therefore, which he relates, serve as the garniture of that theater which he places before our eyes. Whence I conclude, that the waters here meant are such as the rude and unlearned may perceive. The assertion of some, that they embrace by faith what they have read concerning the waters above the heavens, notwithstanding their ignorance respecting them, is not in accordance with the design of Moses. And truly a longer inquiry into a matter open and manifest is superfluous. We see that the clouds suspended in the air, which threaten to fall upon our heads, yet leave us space to breathe. (Commentary on Genesis 1:6)

Here Calvin is talking about the firmament, and he denies allegory or other sophisticated forms of interpretation, instead affirming a general phenomenological reading. Moses is not making a sort of “cosmological” or “astronomical” claim but is instead describing things according to the way that they look from the ordinary human perspective. Moses does not intend any strict claim about physical science, and thus there is no need to “embrace by faith” something which is not being asserted or taught. He is merely speaking of “the visible form of the world.”