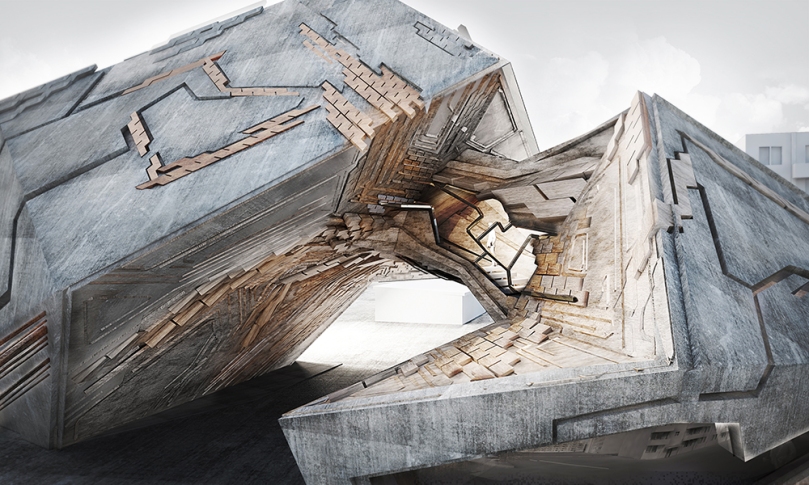 I have always wondered why the English translation of l’imaginaire is imaginary and not imagery, since imagery is less confusing as compared to the former. Anyways, Reality is the gamut of the given, of the posited, of the what cannot be contorted and twisted, of the politics of administration. Real, on the other hand is the striving for…, the impossible to find its genuineness within the spectrum of the Reality.

As Levi Bryant puts it,

The real is that which is without place (his emphasis) in reality. It is a strange sort of placelessness, for it simultaneously 1) is invisible from the standpoint of reality, yet nonetheless 2) the “system of reality” strives to gentrify and eradicate the real (in Television Lacan will cryptically pronounce that “reality is the grimace of the real”), and 3) the real, despite being invisible, nonetheless appears but in a way inimical to the vector body-object system of the Imaginary and the sorting-organizing system of the symbolic. The real is a placeless appearance.

From here, it is all the way to Harman and co. and their take on OOO as representative (if I may use this word) of the Real rather than the Reality. This flows quite systematically and logically, until Ranciere gets dragged (not to be connoted pejoratively) into the camp of OOO.

For Levi says (and Rancière is truly and rightly echoed here),

Political realism’s thesis is always that 1) all entities involved are counted and accounted for, and 2) that no other order is possible. Of course, this order also disguises the fact that the interests it claims to be in everyone’s interests are really the interests of a few. In repressing this anarchic and contingent ground of the reality system, political realism thereby promotes the lie that such and such a course of action is the only possible course of action, the only thing that can be done.

He (Rancière) is here with his refusal to closure of political reality, harboring new possibilities in its wake. Now, I really would wonder where would Derrida be camping, if the situation of the Real could be taken to extremes with him, the situation of yet to come…the openings of possibilities…, or the potentialities…..

Can Derrida ever be an OOOist himself in one of its strands?