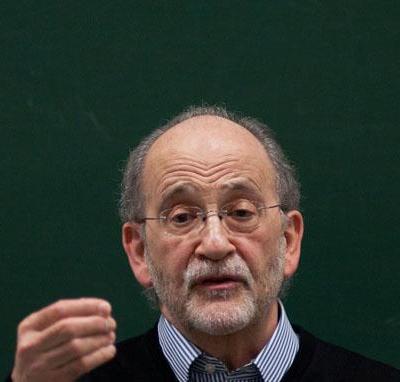 Kōjin Karatani’s theory of different modes of intercourse criticizes architectonic metaphor thinking that the logic of mods of production in terms of base and superstructure without ceding grounds on the centrality of the critique of political economy. the obvious question is what remains of theory when there is a departure not from the objective towards the subjective, but rather the simultaneous constitution of the subjective and the objective dimensions of the social under capitalism. One way of addressing the dilemma is to take recourse to the lesson of commodity form, where capitalism begets a uniform mode of mediation rather than disparate. The language of modes of production according to Moishe Postone happens to be a transhistorical language allowing for a transhistorical epistemology to sneak in through the backdoor thus outlining the necessity of critical theory’s existence only in so far as the object of critique stays in existence. Karatani’s first critique concerns a crude base-superstructure concept, in which nation and nationalism are viewed merely as phenomena of the ideological superstructure, which could be overcome by reason (enlightenment) or would disappear together with the state. But the nation functions autonomously, independent of the state, and as the imaginative return of community or reciprocal mode of exchange A, it is egalitarian in nature. As is the case with universal religions, the nation thus holds a moment of protest, of opposition, of emancipatory imagination. The second critique concerns the conception of the proletariat, which Marxism reduced to the process of production, in which its labor force is turned into a commodity. Production (i.e., consumption of labor power) as a fundamental basis to gain and to increase surplus value remains unchanged. Nonetheless, according to Karatani surplus value is only achieved by selling commodities, in the process of circulation, which does not generate surplus value itself, but without which there cannot be any surplus value. Understanding the proletariat as producer-consumer opens up new possibilities for resistance against the system. In late capitalism, in which capital and company are often separated, workers (in the broadest sense of wage and salary earners) are usually not able to resist their dependency and inferiority in the production process. By contrast, however, in the site of consumption, capital is dependent on the worker as consumer. Whereas capital can thus control the proletariat in the production process and force them to work, it loses its power over them in the process of circulation. If, says Karatani, we would view consumers as workers in the site of circulation, consumer movements could be seen as proletariat movements. They can, for example, resort to the legal means of boycott, which capital is unable to resist directly. Karatani bases his critique of capitalism not on the perspectives of globalization, but rather on what he terms neo-imperialism meaning state-based attempt of capital to subject the entire world to its logic of exploitation, and thus any logic to overcoming the modern world system of capital-nation-state by means of a world revolution and its sublation in a system is to be possible by justice based on exchange. For Postone Capital generates a system characteristically by the opposition of abstract universality, the value form, and particularistic specificity, the use value dimension. It seems to me that rather than viewing a socialist or an emancipatory movement as the heirs to the Enlightenment, as the classic working class movement did, critical movements today should be striving for a new form of universalism that encompasses the particular, rather than existing in opposition to the particular. This will not be easy, because a good part of the Left today has swung to particularity rather than trying to and a new form of universalism. I think this is a fatal mistake.

2 thoughts on “Kōjin Karatani versus Moishe Postone. Architectonics of Capitalism.”