Nick on a fascinating discussion on Neoreaction, progressivism, and the future of Western civilization. Initially a libertarian, Nick eventually stumbled upon the work of Mencius Moldbug. This leads to a consideration of the central ideas of Neoreaction, and then over to discuss neocameralism, an approach to governance that incorporates free market forces. Nick then describes the cathedral, which refers to the alliance of institutions – NGOs, corporations, academia, etc. – responsible for promoting progressivism. Later, Nick draws an apt comparison between the invention of the printing press and the rise of the Internet. The first hour touches on much more, including universalism, modernity, and multiculturalism.

In the members’ hour (which sadly is a paid service!), gears are switched to consider potential solutions to the West’s decline. Nick argues that we must dismantle the managerial state, explaining that the Right shouldn’t count on being able to control it indefinitely. There is then a discussion on Islam and European politics. Nick explains how Europe’s ongoing demographic transformation is poised to drastically alter the European political landscape. Later, we talk about the need for an ideological divorce, as Western nations have become far too divided to function properly. Nick argues that such a divorce would allow for competition between different political factions, revealing which lead to success and which do not. The show concludes with a consideration of whether or not the Left will realize its mistakes before it’s too late. 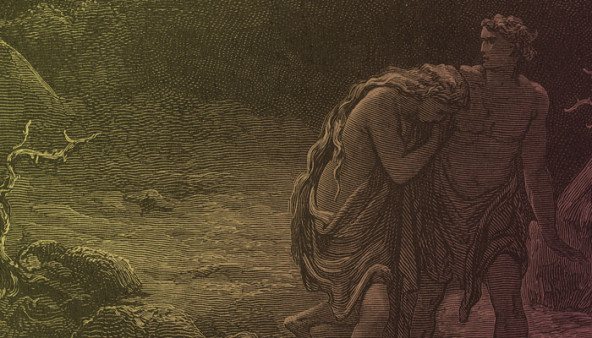 ‘In to the worlds of the asuras, devils, enveloped in blinding darkness, verily do they go after death who are slayers of the Atman, the Self.’

A deep philosophical truth is couched in mythical, symbolic language. Life lived without the consciousness of our divine nature is trivial; it is life of darkness and sorrow. The word ‘darkness’ used in this verse is not physical darkness, but the darkness of ignorance; it is spiritual blindness. The verse compares this darkness to hell. In myths, hell is abode of the asuras, the demons. An alternating reading is asurya, literally ‘without sunlight’, absolute darkness. The verse further tells us that those who prefer to live in such spiritual blindness are really killing themselves. Ātmahana means ‘people who kill themselves’. The death of the body is not so serious as the death of the soul. By neglecting our true nature, by ignoring it by clutching at the shadows of the non-Self all the time, we commit suicide of the most serious kind. Shankaracharya, in his commentary on this verse, explains the nature of this extraordinary kind of suicide which the world practices on the widest scale. Says he:

“Because a man neglects his ever-present Self through the evil of ignorance (spiritual blindness), he is called ‘one who commits suicide”.

The α-planes can be generalized to a suitable class of curved complex space-times. By a complex space-time (M,g) we mean a four-dimensional Hausdorff manifold M with holomorphic metric g. Thus, with respect to a holomorphic coordinate basis xa, g is a 4×4 matrix of holomorphic functions of xa, and its determinant is nowhere-vanishing. Remarkably, g determines a unique holomorphic connection ∇, and a holomorphic curvature tensor Rabcd. Moreover, the Ricci tensor Rab becomes complex-valued, and the Weyl tensor Cabcd may be split into independent holomorphic tensors, i.e. its self-dual and anti-self-dual parts, respectively. With our two-spinor notation, one has

are called left-flat or self-dual. This definition only makes sense if space-time is complex or real Riemannian, since in this case no complex conjugation relates primed to unprimed spinors (i.e. the corresponding spin-spaces are no longer anti-isomorphic). Hence, for example, the self-dual Weyl spinor ψ~A′B′C′D′ may vanish without its anti-self-dual counterpart ψABCD having to vanish as well, or the converse may hold.

By definition, α-surfaces are complex two-surfaces S in a complex space-time (M, g) whose tangent vectors v have the two-spinor form, where λA is varying, and πA′ is a fixed primed spinor field on S. From this definition, the following properties can be derived:

(i) tangent vectors to α-surfaces are null;

(ii) any two null tangent vectors v and u to an α-surface are orthogonal to one another;

The properties (i)–(iv), are the same as in the flat-space-time case, provided we replace the flat metric η with the curved metric g. Condition (v), however, is a peculiarity of curved space-times.

We want to prove that, if (M,g) is anti-self-dual, it admits a three-complex- parameter family of self-dual α-surfaces. Indeed, given any point p ∈ M and a spinor μA′ at p, one can find a spinor field πA′ on M, satisfying the equation

Hence πA′ defines a holomorphic two-dimensional distribution, spanned by the vector fields of the form λAπA′, which is integrable. Thus, in particular, there exists a self-dual α-surface through p, with tangent vectors of the form λAμA′ at p. Since p is arbitrary, this argument may be repeated ∀p ∈ M. The space P of all self-dual α-surfaces in (M,g) is three-complex-dimensional, and is called twistor space of (M, g).