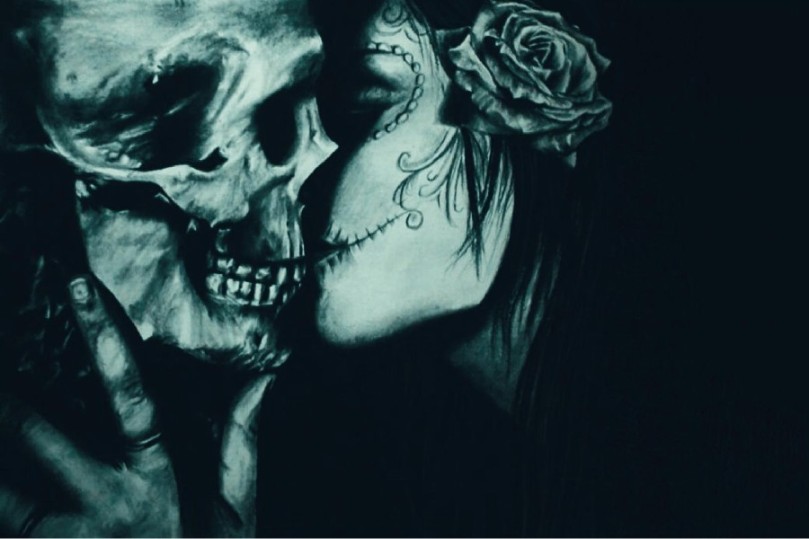 The machinery of the Gothic, traditionally relegated to both a formulaic and a sensational aesthetic, gradually evolved into a recyclable set of images, motifs and narrative devices that surpass temporal, spatial and generic categories. From the moment of its appearance the Gothic has been obsessed with presenting itself as an imitation.

Recent literary theory has extensively probed into the power of the Gothic to evade temporal and generic limits and into the aesthetic, narratological and ideological implications this involves. Officially granting the Gothic the elasticity it has always entailed has resulted in a reconfiguration of its spectrum both synchronically – by acknowledging its influence on numerous postmodern fictions – and diachronically – by rescripting, in hindsight, the history of its canon so as to allow space for ambiguous presences.

Both transgressive and hybrid in form and content, the Gothic has been accepted as a malleable genre, flexible enough to create more freely, in Borgesian fashion, its own precursors. The genre flouted what are considered the basic principles of good prose writing: adherence to verisimilitude and avoidance of both narrative diversions and moralising – all of which are, of course, made to be deliberately upset. Many merely cite the epigrammatic power of the essay’s most renowned phrase, that the rise of the Gothic “was the inevitable result of the revolutionary shocks which all of Europe has suffered”.

The eighteenth-century French materialist philosophy purported the displacement of metaphysical investigations into the meaning of life by materialist explorations. Julien Offray de La Mettrie, a French physician and philosopher, the earliest of materialist writers of the Enlightenment, published the materialist manifesto L’ Homme machine (Man a Machine), that did away with the transcendentalism of the soul, banished all supernatural agencies by claiming that mind is as mechanical as matter and equated humans with machines. In his words: “The human body is a machine that winds up its own springs: it is a living image of the perpetual motion”. French materialist thought resulted in the publication of the great 28-volume Encyclopédie, ou Dictionnaire raisonné des sciences, des arts et des méttrie par une société de gens de lettres by Denis Diderot and Jean Le Rond d’ Alembert, and which was grounded on purely materialist principles, against all kinds of metaphysical thinking. Diderot’s atheist materialism set the tone of the Encyclopédie, which, for both editors, was the ideal vehicle […] for reshaping French high culture and attitudes, as well as the perfect instrument with which to insinuate their radical Weltanschauung surreptitiously, using devious procedures, into the main arteries of French Society, embedding their revolutionary philosophic manifesto in a vast compilation ostensibly designed to provide plain information and basic orientation but in fact subtly challenging and transforming attitudes in every respect. While materialist thinkers ultimately disowned La Mettrie because he ran counter to their systematic moral, political and social naturalism, someone like Sade remained deeply influenced and inspired for his indebtedness to La Mettrie’s atheism and hedonism, particularly to the perception of virtue and vice as relative notions − the result of socialisation and at odds with nature.

Whereas the Proca theory is the unique local linear massive variant of Maxwell’s electromagnetism, the most famous massive gravity with 6∞3 degrees of freedom, the Freund-Maheshwari-Schonberg massive gravity, is just one member (albeit the best in some respects) of a 2-parameter family of massive theories of gravity, all of which satisfy universal coupling. Adding a mass term involves adding a term quadratic in the potential; higher-order (cubic, quartic, etc.) self-interaction terms might also be present. The nonlinearity of the Einstein tensor implies, in contrast to the electromagnetic case, that there is no obviously best choice for defining the gravitational potential. While any such definition requires a background metric ημν in order that the potential vanish when gravity is turned off (typically flat space-time), thus making massive theories bimetric, one can still choose among gμν − ημν , √-ggμν − √-ηημν, gμν − ημν and so on, as well as various nonlinear choices such as gμαηαβgβν − ημν. In some cases the availability of nonlinear field redefinitions might make some expressions that look like mass term + interaction term with one definition of the gravitational potential, appear as a pure quadratic mass term with another definition; nonetheless the Einstein tensor remains nonlinear, no matter what definition of the potential is used. By contrast, the linearity of the Maxwell field strength tensor makes it natural to have a mass term that is also linear in Aμ in the field equations (and hence quadratic in Aμ in the Lagrangian density). While one can explore introducing nonlinear algebraic terms in Aμ describing self-interactions in electromagnetism, such terms induce acausal propagation if not chosen carefully.

The underdetermination between the quantized Maxwell theory and the lower-mass quantized Proca theories is permanent (at least unless a photon mass is detected, in which case Proca wins). It does not immediately follow that our best science leaves the photon mass unspecified apart from empirical bounds, however. Electromagnetism can be unified with an SU(2) Yang-Mills field describing the weak nuclear force into the electroweak theory. The resulting electroweak unification of course is not simply a logical conjunction of the electromagnetic and weak theories; the theories undergoing unification are modified in the process. Maxwell’s theory can participate in this unification; can Proca theories participate while preserving renormalizability and unitarity? Probably they can. Thus evidently the underdetermination between Maxwell and Proca persists even in electroweak theory, though this unresolved rivalry is not widely noticed. There is some non-uniqueness in the photon mass term, partly due to the rotation by the weak mixing angle between the original fields in the SU(2) × U(1) group and the mass eigenstates after spontaneous symmetry breaking. Thus the physical photon is not simply the field corresponding to the original U(1) group, contrary to naive expectations. There are also various empirically negligible but perhaps conceptually important effects that can arise in such theories. Among these are charge dequantization – the charges of charged particles are no longer integral multiples of a smallest charge – and perhaps charge non-conservation. Crucial to the possibility of including a Proca-type mass term (as opposed to merely getting mass by spontaneous symmetry breaking) is the non-semi-simple nature of the gauge group SU(2) × U(1): this group has a subgroup U(1) that is Abelian and that commutes with the whole of the larger group. Were the electroweak theory to be embedded in some larger semi-simple group such as SU(5), then no Proca mass term could be included.