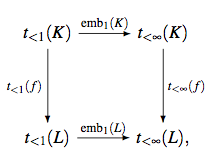 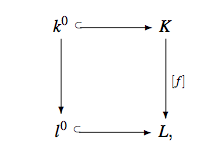 Thus perverts’ desire does not have the opportunity to be organized around finding a fantasmatic solution to the real of sexual difference. The classical scenario of Oedipal dynamics, with its share of lies, make believe, and sexual theories, is not accessible to them. This is why they will search desperately to access symbolic castration that could bring solace to their misery. — Judith Feher-Gurewich (Jean-Michel Rabaté – The Cambridge Companion to Lacan)

Nonetheless, it is contradictory to see the extra-ordinary’s goal as the reinsertion of castration, when in fact there is nothing in his perverse scenarios that incarcerates him in misery. It is more a fantasmatic solution to the deciphering of the enigma of sexual difference, precisely by veiling difference. The extra-ordinary wishes to maintain this veiling, in as much as his jouissance is derived this way. Even if the extra-ordinary efforts to infinitize jouissance are eventually sealed by castration, this is more a side effect of the “perverse” act. At the end, desire always reinscribes itself. Symbolic guilt is inserted in the extra-ordinary’s world through castration, not because the latter relieves him, but because his fantasy has failed. This failure is what creates the misery of the pervert, as in any other subject.

His main target is centred in filling the Other with jouissance. However, it is not something he produces, but more something he unlocks. The pervert unleashes a jouissance, already present in the Other, by eradicating the primacy of the phallic signifier and revealing the Other’s jouissance (the emptiness, the feminine). The neurotic’s anxiety concerns the preservation of desire through the duplication of castration, whereas the pervert’s anxiety emerges from the reverse condition. This is the question of how to extract jouissance from the object without it falling. He does not want to let the object fall, not for fear of castration, but because of the wish to retain jouissance. Inexorably, the nagging question of how to obstruct desire from returning to its initial place grips the pervert because, together with desire, the lack in the Other returns, restoring and maintaining his desiring status, instead of his enjoying status. Without doubt, these are fantasmatic relations that sustain “perverse” desire for jouissance and, at the same time, impose a safe distance from the horror of the Thing’s return.

Anxiety intervenes as the mediating term between desire and jouissance. The desiring subject seeks jouissance, but not in its pure form. Jouissance has to be related to the Other, to occupy a space within the Other of signification, to be put into words. This is what phallic jouissance, the jouissance of the idiot, aims at. The idiocy of it lies in its vain and limited character, since jouissance always fails signification and only a residue is left behind. The remainder is the object a, which perpetuates the desire of the subject. But the object is desired as absent. Coming too close to it, one finds this absence occupied by a real presence. In that case, the object has to fall, like the phallus in its exhausted stage, in order to maintain the desiring status of the subject. The moment desire returns, the object falls, or, better, the moment the object falls, desire returns.

While the subject is engaged in an impossible task (that of inscribing jouissance in the place of the Other) she draws closer to the object. The closer she gets, the more anxiety surfaces, alerting the subject about the presence of a real Other, a primitive pre- symbolic being. In the case of the pervert, things are somehow different. It is not so much the inscription of jouissance in the Other that troubles him, but more the erasure of desire from the field of the Other and its return to a state of unconstrained enjoyment. So, for the pervert, it is essential that the object maintains its potency, not in the service of desire but in the service of jouissance. The anxiety of the extra-ordinary becomes an erotic signal that calls the Other to abandon the locus of desire and indulge in jouissance. But, eventually, desire puts an end to it.

It is not the extra-ordinary that aims at castration, so that he lets loose some of his anxiety. As an integral part of sexual jouissance, the extra-ordinary does not want to give up anxiety, which is what the neurotic does with his symptom, in the reverse way. The Other’s anxiety, the exposition of its truth, requests the confinement of the jouissance operating in perversion. Castration has to be imposed because of the contaminating nature of the object’s jouissance. The more it maintains its omnipotent character, the more it threatens the Other’s consistency, as provided by desire. The extra-ordinary dramatizes the staging of castration. It is not an actual event, as the phallus does not belong to the order of the cosmic world. None the less, politics and power locate the phallus in the imaginary realm. Emblems of patriarchal power are handed from one authority figure to the next, propelling the replication of the same power mechanism and concealing the absence of the phallus.

The social and the political world needs the “pervert” in order to redefine and reinscribe the imaginary boundaries of its morality and, hence, since the patriarchal orientation of the majority is taken as a gnomon, enhance the existing moral code. This reflects the underlying imaginary dynamics of what social constructionism has long now described: the exception of the pervert makes the rule for the “normality” of the present moral, social, political, and cultural organization of the world. As long as the pervert remains outside of this world, the safety from the perilous obscenity and odiousness of real jouissance is ensured. Concomitantly, this is translated to further distance from desire and its permanent endurance, something that nourishes guilt, as was previously argued. As if guilt suggested a privileged moral state, power uses it as an essential demagogic tool, in order to secure its good and further vilify the “pervert”, who also experiences guilt for “betraying” desire, not in the sense of staying away from jouissance, but failing to fully consummate it. 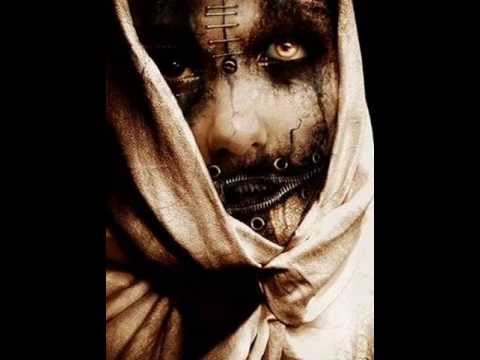 The subject’s lack is the cynosure of the analytic process. The psychoanalytic discourse places the object a, the marker of lack, in the dominant position. The analyst embroiders the transferential relationship with the analysand by centralizing the constitutive lack of the object as a precondition for desire, which brings the subject to the locus of the Other. As well as lack, the specular image that takes over it and marks its boundaries, that is, the ego, is the other focal point of analysis. The image has its borders; this is the frame of the mirror. Around the limits of the image is where anxiety will make its appearance as what signals the momentary disruption of all points of identification. The limits of the mirror are symbolized by Lacan’s “little diamond” (<>), the sign which indicates the relation between the subject and the object in the matheme of fantasy ($<>a). This relation is mediated by desire. The role of the specular image, functioning as a sort of filter, is to protect the subject from anxiety by covering lack, but also marking it. The reflection in the mirror functions like a window frame that demarcates the illusory world of recognition (imaginary) from what Lacan calls “stage” (symbolic reality). In this stage, we find the desire of the masochist and the sadist. The extra-ordinary and the ordinary subject stage their desire in the same arena, playing the same part, with diametrically different techniques.

The scenarios of “perverse” desire do not just linger in a fantasmatic frame (as happens with neurosis); the extra-ordinary cross the window, taking fantasy on stage, that is, acting it out in the symbolic. The vacillation between desire and jouissance is absent from the extra-ordinary, because he is certain about what he wants. Contrary to the neurotic, whose desire always remains in doubt (this is the desire of the Other), the pervert does not have the doubt, but the knowledge of what he desires. The enduring question of “what the Other wants from me” is absent; the “pervert” takes the game in his hands, he knows and applies the rules. The desire of the “pervert” is to be passively enjoyed by the Other, as it is best manifested in masochism. Lacan notes that the masochist is supposed to know how to enjoy the Other. The masochist is the one who gives the orders, the commands, the knowledge, to the Other, who has to tackle its limits. The masochist is aiming at the jouissance of the Other . . . the final term he is aiming at is anxiety of the Other.