Why is revolution not possible? This is an old debate.

Terms like “socialist” and “revolution”, and “right-wing groups” tend to mean different things to different people, according to their perspectives. which can be quite contradictory, in many regards. Revolutions don’t tend to resolve such contradictions as absolutely as idealists and ideologues tend to imagine. Counter-revolutionary tendencies persist in the society, and even among the revolutionaries, such that it’s never really “over”, and the struggle continues.

Technically, “socialism” is a theoretically “necessary” supposedly “interim” period, during which an elite vanguard seizes political power, “on behalf of” the proletariat, and struggles to transform society, toward the eventual emergence of communism, which is to say, democracy, the ultimate utopian communist dream. That transformation is essentially the suppression of counter-revolutionary (anti-democratic) tendencies, and inculcation and cultivation of revolutionary (democratic) tendencies among the masses.

Marxian concentration on capitalism was all about demonstrating how undemocratic, and thus unjust, irrational and inefficient capitalism tends to be, despite it’s claim to be, relatively speaking, “more democratic” than monarchy, say, or feudalism. He merely sought to show that it is not the ultimate, final stage of that evolution, as it’s proponents tend to assert, but that, like the “socialism” he proposed to supplant it with, an interim stage, which would, in fact, sow the seeds of it’s own destruction, even as previous socio-economic paradigms had done before them.

At the time he was doing all this theorizing, a hundred years ago, his premise of an educated working class, capable of democracy, seemed a virtually impossible utopian dream, considering conditions in the masses, steeped in centuries of ignorance, illiteracy, grinding poverty and religious indoctrination. Rather than second guess his conclusion, then, that further resort to elitism was “necessary” to change those conditions, I’d prefer to just point out that, in fact, those conditions have changed, profoundly, since then, such that the prospect of democracy is no longer such a distant utopian dream, but more feasible and viable a prospect than ever before in human history.

Technology, the engine of all socio-economic relations, has evolved, especially in terms of communications. Here and now, into the 21st Century, both capitalist and “socialist” elitism have become outmoded, I think, and need to “wither away” with the whole concept of the “State” as we now know it, as an externally imposed governor…as Marx predicted would some day be possible. Anymore, most of us aspire to democracy, and we realise that we aren’t there, yet. The issue is not whether anti-democratic rightwing reactionary conservative and fundamentalist counter-revolutionary elements of our society, will, or can, prevent democracy from ensuing. The issue is whether those, who tend to be staunchly opposed to racism, sexism, cultural chauvinism, eco-rape, murderous monopoly corporate fascist ripoffs, and imperialist warmongering, will call off the demoralized cynical defeatism of electoral boycott and excessive splitting, and will step up to actually seize the power, for a change…democratically, electorally…and then proceed to suppress counter-revolutionary anti-democratic tendencies legislatively and judicially, from now on…explicitly for justice and peace, to save the planet. Which, of course, is why the right is freaking out like they are, even now waging “low intensity” civil war, desperately trying to prevent that from happening. For Revolution to be at hand, we must not try and smash capitalism, or even right-wing resistance at that, as democracy is invested in and of itself with enough potency to destroy capitalism and its moribund form, fascism. But, the authorial point of exploiting freedom as against suppressing it is the Negri’s position on the corollaries of reaction to right-wing accelerationsim. So, whatever be the seductive power of neoliberalism, which indeed is undeniable, banking on the track record of proletariat would be stuck in the molasses of the past, or even getting to dynamically shift the agency to cognitariat be akin to letting the seduction of neoliberalism suck the agency in. The alternative is agency/ies, which someone like the obscure Agamben would call “Whatever Singularity” (even Gayatri Spivak flirts with the idea), or precariat, which is the umbrella term for the ones stripped of or dehumanised by the forces of neoliberalism. Unless, the left has this in vision, left is a position best avoided for excepting archival purposes. Yes, commoditising communism spells doom, and we are ideologically headed towards it.

Yes, it is a limitation to break the world/universe, or what have you into the binaries. A resolution of the same ain’t possible, until one either exercises an asymptotic progression/regression machine on it, and thus relegating the whole into an aporetic point of philosophical frustration that goes by the name of dialectics, or, one somehow experiences an event of binaries morphing into one another. Such a collapse of the one into the other gravitates the defining points of differences into identities, and this goes by the name of Laruellean “decisionism-in-the-last-instance”. So, dialectics with the second method goes on a honeymoon where minds of the left spend countless nights trying to get it back to the realistic domain (pun intended!!!). 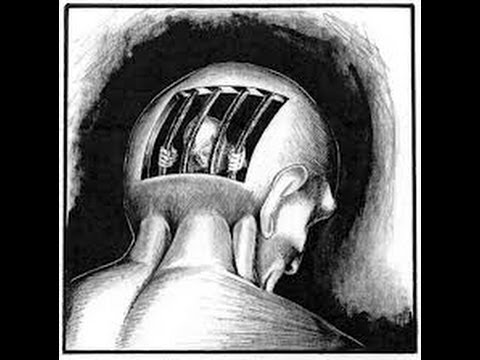 I’d be sorry to be getting into territories that speak the language of failed poets/prose writers, for otherwise, I’d not be able to justify how bad a writer I really am!!! The lightened poetry of non-sense and/of Being: Even if such a poetry did exist (for me, at least it never did), then it was probably the romantic ideal of the by-gone philosophical ages, and we seem to have come a long way out of it, but still cling on to the symptoms of such an era. Pity!! It is not conjoining the obscure with the nothingness, or the Other World. It is rather the tunnelling of the lyrical aspect with the nothingness, a Schellingian approach to when he says that without confrontation, there is nothing of the creation possible. Dialectical, yes, in a way, but also the underside of it, which is considered a pariah, an outcast, an avoided and avoidable theory of creativity, or what I understand as Leper Creativity. Yes, losing identity could be viewed as relative here. But as I said, “could be”, and I refuse to truck with it imposed-consciously. And hereby, I also answer a subsequent point: “it” is uncharacteristic of holding true to the pillars of what constitutes it. Far-fetchedly, “it” is like what Wittgenstein would say: rise up the rung of the ladder and then discard it. But, a difference is to be spotted here. For Wittgenstein, the climber discards the ladder, whereas in this the present context, with each rising up on the rung of the ladder, a sort of dehumanization takes place in terms of awe/sublime/incapacitation. In other words, a sense of belonging to the “it” is bred in the “we” (agents/agencies) undoubtedly, but is lost sight of due to the intense flows of the “it” in time. A sort of exponential hypertrophy of the “it” due to “we”, or loosely saying emergentism in which node/nodes of “we” are simply sucked in. So, “we” build up the “it”, and lose it identity-wise in the process.

On similar lines, the knowledge of surplus is bluntly replaced by the awareness of it, an excess that is wasted more than it is used, and a kind of “solar anus” in the Bataillean sense, truly. Philosophical aesthetics falling in the hands of terrorizing hermeneutics: yes, I concur on this. This is one of the reasons, why I have started advocating phaneroscopy/phanerology over phenomenology, and it comes close to your recent studies on the quantum physics. But, then do we have a choice? We are yet to be defeated by the exploding solar anus, even though we are well on our way to a crushing defeat. Analogically, when someone says that “a world without capitalism is possible”, I tell of such Occupy/World Social Forum pundits that it is, but in a way that is stripped of agencies, and not otherwise. Sorry for the hubris here on my part, but my way of looking into these aspects could either mean that I am going a bit too far in my analysis, or getting really cracked brain now. On the point of polarity between order and disorder becomes unidentifiable when I say of lemniscate obscuring the horizon. Why do I say this? For me, order is nothing but an echo of a disordered anarchy that still reverberates. With this, I quash ethics, and I have no qualms in doing so, for a whole new set of rules need to be rewritten/rethought in this very darkness, which incidentally is on the avoidable radar still, but is making a stealthy invasion upon us, and before time will annihilate us, and de-anthropocentrize. Can’t help feeling sorry for Kant now for sure.

“It” is the cosmic “capitalism”.