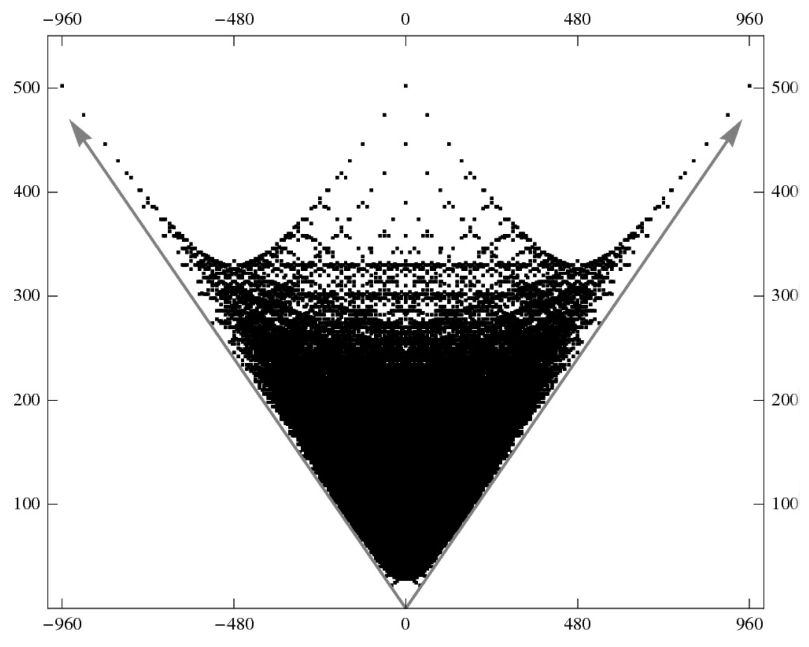 Even though formalism of homological mirror symmetry is an established case, what of other explanations of mirror symmetry which lie closer to classical differential and algebraic geometry? One way to tackle this is the so-called Strominger, Yau and Zaslow mirror symmetry or SYZ in short.

The central physical ingredient in this proposal is T-duality. To explain this, let us consider a superconformal sigma model with target space (M, g), and denote it (defined as a geometric functor, or as a set of correlation functions), as

In physics, a duality is an equivalence

which holds despite the fact that the underlying geometries (M,g) and (M′, g′) are not classically diffeomorphic.

T-duality is a duality which relates two CFT’s with toroidal target space, M ≅ M′ ≅ Td, but different metrics. In rough terms, the duality relates a “small” target space, with noncontractible cycles of length L < ls, with a “large” target space in which all such cycles have length L > ls.

This sort of relation is generic to dualities and follows from the following logic. If all length scales (lengths of cycles, curvature lengths, etc.) are greater than ls, string theory reduces to conventional geometry. Now, in conventional geometry, we know what it means for (M, g) and (M′, g′) to be non-isomorphic. Any modification to this notion must be associated with a breakdown of conventional geometry, which requires some length scale to be “sub-stringy,” with L < ls. To state T-duality precisely, let us first consider M = M′ = S1. We parameterise this with a coordinate X ∈ R making the identification X ∼ X + 2π. Consider a Euclidean metric gR given by ds2 = R2dX2. The real parameter R is usually called the “radius” from the obvious embedding in R2. This manifold is Ricci-flat and thus the sigma model with this target space is a conformal field theory, the “c = 1 boson.” Let us furthermore set the string scale ls = 1. With this, we attain a complete physical equivalence.

Thus these two target spaces are indistinguishable from the point of view of string theory.

Just to give a physical picture for what this means, suppose for sake of discussion that superstring theory describes our universe, and thus that in some sense there must be six extra spatial dimensions. Suppose further that we had evidence that the extra dimensions factorized topologically and metrically as K5 × S1; then it would make sense to ask: What is the radius R of this S1 in our universe? In principle this could be measured by producing sufficiently energetic particles (so-called “Kaluza-Klein modes”), or perhaps measuring deviations from Newton’s inverse square law of gravity at distances L ∼ R. In string theory, T-duality implies that R ≥ ls, because any theory with R < ls is equivalent to another theory with R > ls. Thus we have a nontrivial relation between two (in principle) observable quantities, R and ls, which one might imagine testing experimentally. Let us now consider the theory CFT(Td, g), where Td is the d-dimensional torus, with coordinates Xi parameterising Rd/2πZd, and a constant metric tensor gij. Then there is a complete physical equivalence

In fact this is just one element of a discrete group of T-duality symmetries, generated by T-dualities along one-cycles, and large diffeomorphisms (those not continuously connected to the identity). The complete group is isomorphic to SO(d, d; Z).

While very different from conventional geometry, T-duality has a simple intuitive explanation. This starts with the observation that the possible embeddings of a string into X can be classified by the fundamental group π1(X). Strings representing non-trivial homotopy classes are usually referred to as “winding states.” Furthermore, since strings interact by interconnecting at points, the group structure on π1 provided by concatenation of based loops is meaningful and is respected by interactions in the string theory. Now π1(Td) ≅ Zd, as an abelian group, referred to as the group of “winding numbers”.

Of course, there is another Zd we could bring into the discussion, the Pontryagin dual of the U(1)d of which Td is an affinization. An element of this group is referred to physically as a “momentum,” as it is the eigenvalue of a translation operator on Td. Again, this group structure is respected by the interactions. These two group structures, momentum and winding, can be summarized in the statement that the full closed string algebra contains the group algebra C[Zd] ⊕ C[Zd].

In essence, the point of T-duality is that if we quantize the string on a sufficiently small target space, the roles of momentum and winding will be interchanged. But the main point can be seen by bringing in some elementary spectral geometry. Besides the algebra structure, another invariant of a conformal field theory is the spectrum of its Hamiltonian H (technically, the Virasoro operator L0 + L ̄0). This Hamiltonian can be thought of as an analog of the standard Laplacian ∆g on functions on X, and its spectrum on Td with metric g is

On the other hand, the energy of a winding string is (intuitively) a function of its length. On our torus, a geodesic with winding number w ∈ Zd has length squared

Now, the only string theory input we need to bring in is that the total Hamiltonian contains both terms,

where the extra terms … express the energy of excited (or “oscillator”) modes of the string. Then, the inversion g → g−1, combined with the interchange p ↔ w, leaves the spectrum of H invariant. This is T-duality.

There is a simple generalization of the above to the case with a non-zero B-field on the torus satisfying dB = 0. In this case, since B is a constant antisymmetric tensor, we can label CFT’s by the matrix g + B. Now, the basic T-duality relation becomes

Another generalization, which is considerably more subtle, is to do T-duality in families, or fiberwise T-duality. The same arguments can be made, and would become precise in the limit that the metric on the fibers varies on length scales far greater than ls, and has curvature lengths far greater than ls. This is sometimes called the “adiabatic limit” in physics. While this is a very restrictive assumption, there are more heuristic physical arguments that T-duality should hold more generally, with corrections to the relations proportional to curvatures ls2R and derivatives ls∂ of the fiber metric, both in perturbation theory and from world-sheet instantons.