When applied to generic fascism, the combined concepts of ideal type and ideological morphology have profound implications for both the traditional liberal and Marxist definitions of fascism. For one thing it means that fascism is no longer defined in terms of style, for e.g. spectacular politics, uniformed paramilitary forces, the pervasive use of symbols like fasces and Swastika, or organizational structure, but in terms of ideology. Moreover, the ideology is not seen as essentially nihilistic or negative (anti-liberalism, anti-Marxism, resistance to transcendence etc.), or as the mystification and aestheticization of capitalist power. Instead, it is constructed in the positive, but not apologetic or revisionist terms of the fascists’ own diagnosis of society’s structural crisis and the remedies they propose to solve it, paying particular attention to the need to separate out the ineliminable, definitional conceptions from time- or place- specific adjacent or peripheral ones. However, for decades the state of fascist studies would have made Michael Freeden’s analysis well-nigh impossible to apply to generic fascism, because precisely what was lacking was any conventional wisdom embedded in common-sense usage of the term about what constituted the ineliminable cluster of concepts at its non-essentialist core. Despite a handful of attempts to establish its definitional constituents that combined deep comparative historiographical knowledge of the subject with a high degree of conceptual sophistication, there was a conspicuous lack of scholarly consensus over what constituted the fascist minimum. Whether there was such an entity as generic fascism even was a question to think through. Or whether Nazism’s eugenic racism and the euthanasia campaign it led to, combined with a policy of physically eliminating racial enemies that led to the systematic persecution and mass murder, was simply unique, and too exceptional to be located within the generic category was another question to think through. Both these positions suggest a naivety about the epistemological and ontological status of generic concepts most regrettable among professional intellectuals, since every generic entity is a utopian heuristic construct, not a real thing and every historically singularity is by definition unique no matter how many generic terms can be applied to it. Other common positions that implied considerable naivety were the ones that dismissed fascism’s ideology as too irrational or nihilistic to be part of the fascist minimum, or generalized about its generic traits by blending fascism and nazism. 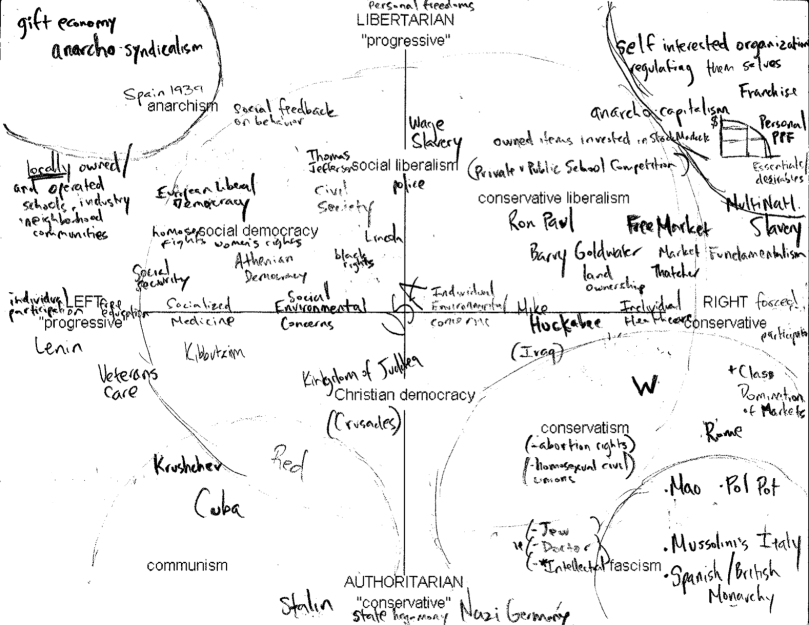 The sense of living in a post-fascist world is not shared by Marxists, of course, who ever since the first appearance of Mussolini’s virulently anti-communist squadrismo have instinctively assumed fascism to be be endemic to capitalism. No matter how much it may appear to be an autonomous force, it is for them inextricably bound up with the defensive reaction of bourgeoisie elites or big business to the attempts by revolutionary socialists to bring about the fundamental changes needed to assure social justice through a radical redistribution of wealth and power. According to which school or current of Marxism is carrying out the analysis, the precise sector or agency within capitalism that is the protagonist or backer of fascism’s elaborate pseudo-revolutionary pre-emptive strike, its degree of independence from the bourgeoisie elements who benefit from it, and the amount of genuine support it can win within the working class varies appreciably. But for all concerned, fascism is a copious taxonomic pot into which is thrown without too much intellectual agonizing over definitional or taxonomic niceties. For them, Brecht’s warning at the end of Arturo Ui has lost none of its topicality: “The womb that produced him is still fertile”.

The fact that two such conflicting perspectives can exist on the same subject can be explained as a consequence of the particular nature of all generic concepts within the human sciences. To go further into this phenomenon means entering a field of studies where philosophy of the social sciences has again proliferated conflicting positions, this time concerning the complex and largely subliminal processes involved in conceptualization and modeling in the pursuit of definite, if not definitive, knowledge. According to Max Weber, terms such as capitalism and socialism are ideal types, heuristic devices created by an act of idealizing abstraction. This cognitive process, which in good social scientific practice is carried out as consciously and scrupulously as possible, extracts a small group of salient features perceived as common to a particular generic phenomenon and assembles them into a definitional minimum which is at bottom a utopia.

The result of idealizing abstraction is a conceptually pure, artificially tidy model which does not correspond exactly to any concrete manifestation of the generic phenomenon being investigated, since in reality these are always inextricably mixed up with features, attributes, and surface details which are not considered definitional or as unique to that example of it. The dominant paradigm of the social sciences at any one time, the hegemonic political values and academic tradition prevailing in a particular geography, the political and moral values of the individual researcher all contribute to determining what common features are regarded as salient or definitional. There is no objective reality or objective definition of any aspect of it, and no simple correspondence between a word and what it means, the signifier and the signified, since it is axiomatic to Weber’s world-view that the human mind attaches significance to an essentially absurd universe and thus literally creates value and meaning, even when attempting to understand the world objectively. The basic question to be asked about any definition of fascism therefore, is not whether it is true, but whether it is heuristically useful: what can be seen or understood about concrete human phenomenon when it is applied that could not otherwise be seen, and what is obscured by it.

In his theory of ideological morphology, the British political scientist Michael Freeden has elaborated a nominalist and hence anti-essentialist approach to the definition of generic ideological terms that is deeply compatible with Weberian heuristics. He distinguishes between the ineliminable attributes or properties with which conventional usage endows them and those adjacent and peripheral to them which vary according to specific national, cultural or historical context. To cite the example he gives, liberalism can be argued to contain axiomatically, and hence at its definitional core, the idea of individual, rationally defensible liberty. however, the precise relationship of such liberty to laissez-faire capitalism, nationalism, the sanctuary, or the right of the state to override individual human rights in the defense of collective liberty or the welfare of the majority is infinitely negotiable and contestable. So are the ideal political institutions and policies that a state should adopt in order to guarantee liberty, which explains why democratic politics can never be fully consensual across a range of issues without there being something seriously wrong. It is the fact that each ideology is a cluster of concepts comprising ineliminable with eliminable ones that accounts for the way ideologies are able to evolve over time while still remaining recognizably the same and why so many variants of the same ideology can arise in different societies and historical contexts. It also explains why every concrete permutation of an ideology is simultaneously unique and the manifestation of the generic “ism”, which may assume radical morphological transformations in its outward appearance without losing its definitional ideological core.